Graphic cards are constantly evolving. Miners are bombarded with new hardware releases on a regular basis. Crypto-enthusiasts can often become overwhelmed with the available options of cryptocurrency mining equipment.

This article will explore the best GPU for mining in 2021. We will take a look at specifications, power, and budget choices, making it easier for you to choose the option that works best for you.

Keep on reading if you are interested in finding out about the best GPU for mining cryptos.

A short introduction to cryptocurrency mining

If you are reading this blog regularly, you probably know what cryptocurrency mining is. For the sake of clarity, let’s give a brief introduction to the concept.

Cryptocurrency mining is the process of verifying transactions on the Blockchain. This is done through solving complex mathematical problems (or hashes) through the computing power of your PC.

Where it gets interesting is that mining also generates new (crypto) coins. These are distributed as rewards to the miners that successfully verify transactions. This mechanism is called a proof-of-work.

It was Satoshi Nakamoto who first implemented PoW through the Bitcoin blockchain. The idea was that people would use the power of their CPUs to mine new coins. At the cost of their time and electricity, miners would be rewarded with new Bitcoin for their effort.

However, it soon became obvious that GPUs were much better suited at solving these hashes.

Soon after, FGPAs followed, allowing for faster mining. And finally, came the ASIC miners, which are much more powerful than GPUs.

Once ASICs got introduced to the market, many people thought that GPUs would automatically go obsolete. However, that did not happen, and time showed that GPUs still have their place in the mining industry.

While some mining algorithms require high computational power, others have been programmed to be ASIC-resistant. They accomplish this by requiring a lot of memory for solving their hashes, making GPU mining still relevant today.

With that said, not all GPUs are the same. There are some key characteristics that you should look for when choosing your graphic card.

Main aspects to watch for in a GPU for mining 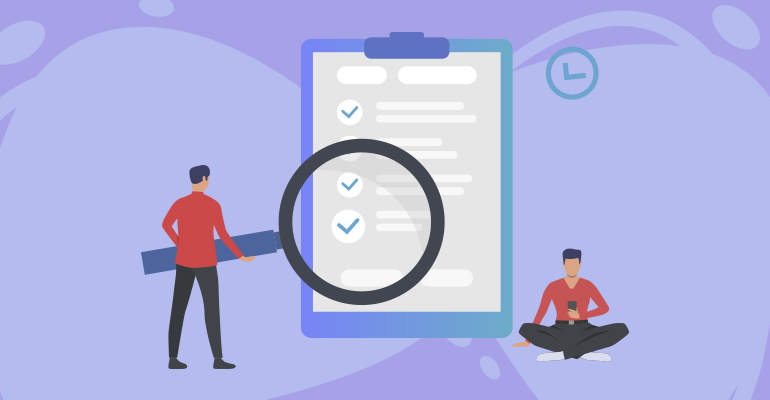 As far as mining is concerned, rendering and gaming performances are mostly irrelevant when choosing a graphic card. Instead, users should focus on aspects that directly impact mining efficiency:

As new video cards for mining hit the market, some retain their efficiency, while others become obsolete. Let’s see which ones are the best GPU for mining in 2021.

Bitcoin Mining with a GPU

Bitcoin is the most valuable cryptocurrency on the market. It goes without saying that it draws the most interest when it comes to mining.

But even the best GPU for mining isn’t good enough for Bitcoin. The original cryptocurrency uses the SHA-256 algorithm in its mining process which is notorious for its high computational power requirements.

Additionally, Bitcoin’s mining difficulty goes up with the number of miners competing for the rewards. Its incredible popularity has increased the difficulty, leaving only one viable option to acquire new Bitcoins: ASIC miners.

However, these specialized machines are very expensive, hard to come by and have diminishing returns due to hardware degradation. Furthermore, they are designed for solving only one algorithm, restricting you from mining different coins.

If you are looking for a Bitcoin-friendly GPU, you will be quickly disappointed. You would simply never break-even.

So, how do you mine Bitcoin with a GPU? Is it still possible?

Well, you can’t mine Bitcoin with a GPU directly. Instead, you can go down another road: mine alternative cryptocurrencies and exchange them for Bitcoin. This way, you will still be able to increase your Bitcoin portfolio.

Here’s a great video that explains the ins and outs of building a GPU mining rig if you are a beginner.

So let’s check our list of the best video cards for mining that are available on the market at the moment.

Best GPU for mining Ethereum and Other Cryptos

Choosing the best GPU for mining is not an easy task. To help you, our list combines 3 important aspects you should be investigating: budget, performance, and running costs. At the same time, we talk about some crucial points you should consider like availability, single or multiple GPU systems, regional electricity pricings, etc.

Performance varies depending on the coin that is mined. To optimize ROI, check Betterhash profit ratios, and adapt to the market accordingly.

That being said, let’s check the best options in the market.

This is Nvidia’s flagship graphics processor. It was released in late 2018 and is still one of the most powerful graphic cards out there today. This shows how Nvidia dominates the market when it comes to sheer performance.

With a hefty price tag of about $1000 and a pretty large power draw of 270Watts, it’s an expensive card to buy and run.

However, the mining performance is nothing to frown upon, as calculators set it as one of the best GPU for mining. For those that don’t have space for more than 1 card, this might be their optimal choice, albeit expensive.

AMD has been lagging in the GPU department, but their new lineup has a few cards up its sleeve (pun intended). The 5700XT was launched in late 2019 and has come to play toe to toe with Nvidia’s best models.

This puts in a sweet spot, as people can buy two of these cards instead of a single 2080ti. For those residing in locations where electricity is cheap, they can double their mining performance without breaking the bank. 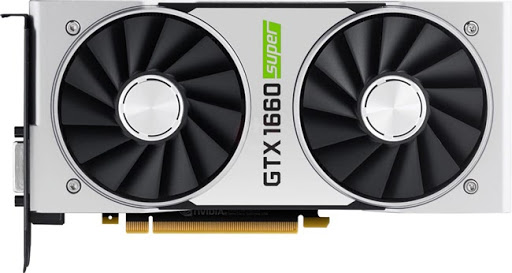 This is the souped-up version of the 1660 Geforce series from Nvidia. Released in late 2019, it has similar mining performance to the RTX 2060, while being a lot more affordable.

It’s usually priced around $250, making it one of the cheapest cards on our list. It only consumes 125W, which makes it really efficient to run.

The low price and power consumption make it one of the best GPU for mining at the moment. You could buy multiple new cards, enjoy 2 years warranty and still remain on a decent budget.

4. Nvidia 1080Ti – an older flagship that still performs on a high level

For those into the second-hand market, Nvidia’s best GPU for mining from the last generation can be a great option.

Like any flagship GPU, the 1080ti was very expensive when it came out (around $1000). Theoretically, it was the best GPU for mining, but miners avoided it because of how expensive it was at launch.

However, this card has been around for a few years now and there are a lot of offers for it on the second-hand market. We’ve seen the 1080ti on eBay for $300-350 which puts it at an almost-budget level. 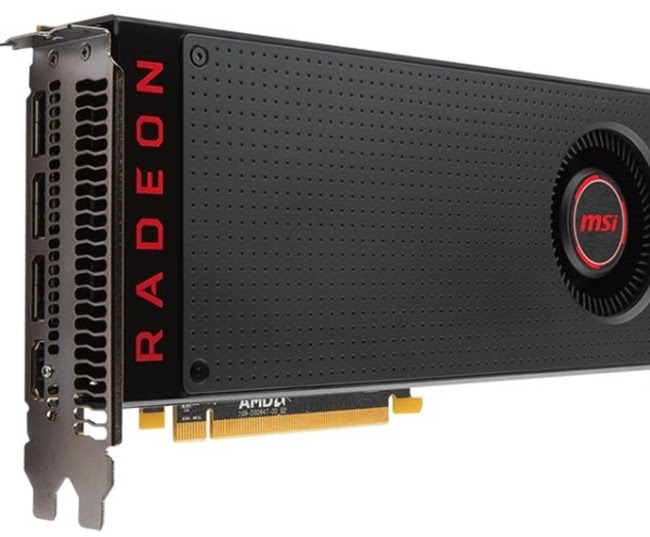 The RX 580 was AMDs answer to Nvidia’s budget line of GPUs in 2017. While it lagged a bit behind in gaming performance versus the competition, it was considered one of the best GPU for mining.

A budget price of $220 new and 8gbs of RAM out of the box made it the most popular card. This made it very hard to find one on the market during the 2017 altcoin boom.

While it’s raw power has fallen behind, you can find a bunch of these cards on eBay for under $100. This would allow you to build a multiple-GPU rig for cheap that would easily surpass newer cards for less money.

6. Nvidia GTX 1070 – an old favorite from the last generation

The GTX 1070 was a close second in popularity after the AMD RX580 during the 2017 cryptocurrency bull run. It offers above-average mining capabilities and is still widely available in some parts of the world.

With the popularity of mining slowly decreasing, you can find droves of these cards second hand, sometimes even under $200. We do not recommend buying one new, as more powerful and more affordable cards are available today for the same price.

7. Nvidia RTX 2070 SUPER – excellent miner for half the price

The Super versions of Nvidia’s 2018 lineup brought excellent value placing them at the top of the best GPU for mining.

The 2070 Super isn’t the most affordable card to run continuously with its 250W power draw. Performance-wise, it’s close to the cheaper AMD 5700XT, so why would you even consider buying this GPU?

The answer is – Availability. The 2070 Super can be found anywhere most of the time, unlike its AMD rival. 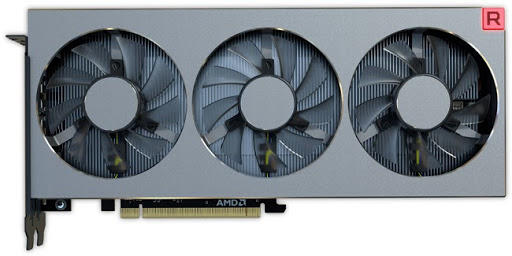 The Radeon VII was our first choice for the best GPU for mining Ethereum a few months ago. A large amount of high bandwidth RAM ensures excellent mining performance.

It has the same mining capabilities as the top card from Nvidia, and it’s cheaper, although a bit more power-hungry.

So what’s the catch? Well, like it’s often the problem with premium AMD cards, it’s the availability. You will have a hard time finding one new if you are looking for hardware under warranty.

Still, for those on the lookout for used GPUs can find them at decent prices regularly on eBay.

It’s difficult to single out one card as being the best GPU for mining overall. There are a lot of parameters to consider. Some, like electricity cost and GPU availability, will depend on the region you are situated in.

Still, we are here to help you make the best choice, and our recommendation goes to the Nvidia GTX 1660 SUPER.

The card can be found as low as $210 and is a great ROI, especially when combined with the low power draw and decent performance. This is the new card to beat when building multi-GPU rigs in 2021.

What coins can you mine with a GPU?

If you are serious about your GPU mining, our advice is to often check what coins are the most profitable. The GPU mining scene is ever-changing, but there are a few cryptocurrencies that have proven to provide good value over time.

Here are the top 5 coins to mine at the time of writing:

Ethereum (ETH) is the second most popular cryptocurrency and is a great way to start your GPU mining adventure. It’s widely accepted as a payment method and you can sell it on any exchange if needed.

Also, it might be your last chance to mine some ETH before the network changes its consensus mechanism to PoS in Q3 of 2021.

ETC is constantly one of the top 20 cryptocurrencies by market capitalization. This makes it quite a safe coin to mine, given its popularity.

Monero (XMR) is a cryptocurrency with a focus on private transactions. Unlike Bitcoin and Ethereum blockchains, transactions can’t be traced on the Monero Blockchain. While anyone can use the network, the source, amount and destination remain private.

Ravencoin is a fork of Bitcoin which adds features specifically focused on allowing tokens to be issued on the Ravencoin blockchain.

Through the Ravencoin network, users can create and transfer assets from one party to another. Similar to Monero, it focuses on the privacy of its users.

Bitcoin Gold is a hard fork from the original cryptocurrency that was designed specifically to be ASIC-resistant. One of the main reasons for its creation was to democratize mining and make it accessible to enthusiasts that want to build their own machines with GPUs.

This concludes our article about the best GPU for mining of 2021. Let’s sum up the main points you should be considering when building your own GPU mining rig:

Hopefully, this guide will give you the necessary info when choosing your GPU. The latest Nvidia mining GPU are great performers and if you are looking for new gear, you can’t go wrong with a rig built around the GTX 1660 SUPER.