Even though the media is often treating cryptocurrencies as anonymous, the truth is quite different.  Most blockchains broadcast transactions publicly and they can be easily traced by law enforcement.

Blockchains are typically pseudonymous, but there are certain coins that take the issue of privacy more seriously. These so-called privacy coins separate the identity of the user from the transaction, making the transfer of value completely anonymous and untraceable.

If you are looking for a guide to help you better understand which privacy coins to choose, you are in the right place. We will go through 12 of the best anonymous cryptocurrencies and explore their pros and cons in detail.

Just because a cryptocurrency is labeled as a “privacy coin” doesn’t mean its technology is foolproof. There are intricate details in each blockchain that need to be considered when picking out the best anonymous cryptocurrency.

Below, you will find the full list of our favorite coins. 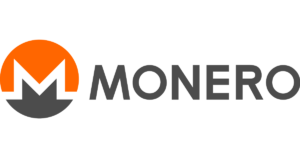 Created in 2014, Monero is the most popular privacy coin on our list. It is consistently ranking as one of the top 15 coins by market capitalization.

Monero’s blockchain was created to be non-transparent for the public. To guarantee the privacy of its users, Monero relies on:

In order for a ring signature to be generated, the Monero platform uses a combination of the sender’s account keys and pairs it with public keys on the blockchain. That way, no one participating in the network is able to determine the transaction’s original source. 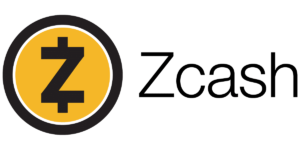 Zcash shares many similarities with Bitcoin. It was first introduced to the public as a fork of the Bitcoin blockchain, back in October 2016.

On the Zcash network, you have a choice between two types of transactions.

You can either opt for a completely transparent transaction (similar to Bitcoin) or choose to proceed with a shielded private transaction.

Zcash uses a protocol called ZK-SNARKs to assure the privacy of its users. In short, this form of cryptography secures communications by sharing knowledge of a secret but never revealing the content of the secret itself.

Every user holds their own “view key”. When needed, the user can share their view key with someone else and “unshield” all hidden transactions.

Additionally, Zcash transactions come with a memo field. The memo field can carry data that identifies the transaction wherever the law requires it. It’s a useful feature for transfers between companies and financial institutions.

PIVX (or Private Instant Verified Transaction) is an open source, Proof-of-Stake coin that forked from DASH in February of 2016.

This privacy coin employs a custom version of the popular Zerocoin protocol, which is used to anonymize transactions by obscuring the addresses involved. PIVX can be completely anonymous, preventing blockchain analysis from revealing recipients and senders.

The homemade version of Zerocoin produces smaller and faster transactions than the original library employed by other coins. This allows for increased privacy, super-fast transactions, and negligible fees.

Furthermore, its PoS consensus protocol allows for better scalability in the future, while simultaneously giving the option for passive income to PIVX holders.

Dash is another fork of Bitcoin that was created in January 2014 under the name Xcoin. It was rebranded as Darkoin shortly after, to finally be named Dash in 2015.

It was the first privacy-centric cryptocurrency based on Satoshi Nakamoto’s work and was widely used on the dark web for illicit transactions. Lately, the company no longer follows this mindset and claims Dash stands for “Digital Cash you can spend anywhere”.

Dash is quite different from Bitcoin. It uses the Proof-of-Stake X11 consensus protocol and is one of the pioneers to do so.

To encrypt user’s privacy on the network, Dash offers a service called PrivateSend. This is a decentralized coin mixer feature that obscures the origin of funds.

Verge was created in 2014 under its original name DogeCoinDark and was rebranded as Verge in 2016.

It is an open-source privacy coin that hides the IP address of the network users with TOR, making it difficult to determine their geolocation. The coin is meant to serve everyday money transfers, offering cheap and fast (<5 seconds) transactions.

When it comes to mining, Verge offers five different Proof-of-Work algorithms for mining, giving it a good versatility for miner equipment.

Additionally, it might be worth mentioning that XVG was one of the biggest gainers during the altcoin bull run of 2017, making more than 2000x its original value in 3 months. Many have to thank John McAffee for this, since he timed his tweets perfectly:

I am inundated by people asking me for recommendations on cryptocurrencies. If you would use your heads you would figure out that the privacy coins (anonymous transactions) will have the greatest future. Coins like Monero (XMR), Verge (XVG), or Zcash (ZEC) cannot lose.

While its value has since dropped and is currently stagnant, it has shown signs of recovery in the past. It might be worth buying a small amount of XVG to avoid missing the next potential rally.

Launched in 2016, Zcoin was the first privacy cryptocurrency that used the now-popular Zerocoin protocol.

Under this protocol, each coin goes through a cycle of burning and minting.

To anonymize their coins, users have to “burn” their Zcoins in order to get Zerocoins. Then, when users wish to spend their crypto, Zerocoins are converted back to Zcoins after verification by zero-knowledge proofs.

Bytecoin is one of the earliest cryptocurrencies, dating back to 2012. Although it might be less popular than Monero, the latter is actually a fork of Bytecoin.

BCN is based on CryptoNote to keep transactions untraceable and unlinkable. Each transaction uses a one-time public key even if there are multiple transactions with the same recipient.

Furthermore, similar to Monero, it uses ring signatures and mixes different outputs of similar value into one transaction.

While the coin had a few good run-ups in 2017 and 2018, the team failed to deliver on their promises. And after facing controversies alleging its supply was pre-mined at 82% it was delisted from major exchanges like Binance and Bittrex. This resulted in a price crash of more than 50%. 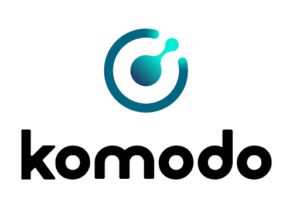 The Komodo Platform is an end-to-end blockchain solution that can be used to launch independent cryptocurrencies.

It originated as a source-code-fork of Zcash, and as such, inherited the ZK-SNARKs privacy protocol.

DeepOnion is an anonymous cryptocurrency that is native to the TOR (The Onion Router) network.

The main feature of DeepOnion is DeepSend. It allows users to receive and send untraceable payments. DeepSend hides the transaction traces through a method of multi-signature payments for mixing payment details.

Another major feature of the network is DeepVault, which protects users’ files from counterfeiting by creating digital signatures for them.

Grin is a fairly new cryptocurrency that was released at the start of 2019. It is a direct implementation of the MimbleWimble protocol.

This innovative blockchain focuses on privacy and scalability. When using MimbleWimble (MW), there are no addresses. Instead, two wallets communicate with each other to exchange data where the recipient creates and sends an address to the sender.

Only the users that are involved in the transactions can see this data, even if they aren’t online at the same time.

Unlike other blockchains, blocks on MW do not list separate transactions. So, viewing a block would not provide any insights into a specific transaction.

While it is a very interesting project, Grin has lost 90% of its value since its launch, and suffers from a lack of adoption. 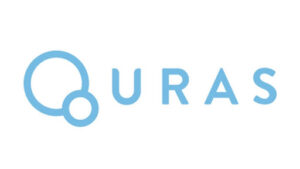 Quras is a privacy-oriented smart contract blockchain, launched in February 2020.

Similar to Ethereum, the Quras platform provides the ability to create custom tokens that will benefit from its integrated privacy features.

It adopts proven privacy technologies like zero-knowledge and ring signatures and applies them to all the coins created on its blockchain. 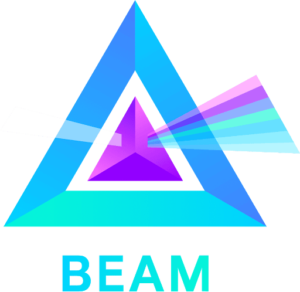 Beam is the second MimbleWimble coin on our list. Since its launch in January 2019, it has been creeping up the ranks of the crypto market.

Beam aims to render every transaction private by default and, like Grin, it only allows the participants to access transaction data.

Transactions have been designed to avoid bloating through the use of MW protocol. This is done to eliminate old data that is irrelevant to the current operation. Eventually, it solves the scaling issue many other coins are facing.

We believe that, due to the implementation of atomic swaps and their generously filled roadmap, Beam’s future looks quite promising.

Out of this list, we must single out the two most popular privacy cryptocurrencies: Zcash and Monero.

There’s been a long-standing divide of Zcash vs Monero fans, as both coins offer similar features in different packages. This section will cover their pros and cons and we will give you the necessary info you need to decide between the two.

Monero has the upper hand when it comes to popularity and user adoption. It was launched in 2014, and has since gained a good following and increased its market cap by more than 2000%

Zcash, on the other hand, was released during the crypto boom of 2017. Needless to say, its value has drastically fallen which disappointed a lot of early investors.

Another problem with Zcash is that the mining protocol has implemented a “developer tax”. This means that developers get 20% of all mined coins to help them work on the project.

This decision has been met with heavy criticism as no one wants to pay an arbitrary tax on their mining efforts.

Both coins propose imperfect solutions – Zcash with its ZK-SNARKs and Monero with the combination of stealth addresses, ring signatures, and RingCT.

While both seem to do a good job at first glance, their flaws have been exposed previously.

The fact that you can opt-out of a shielded transaction makes Zcash more flexible. However, it also exposes a major flaw. Users swapping from a public to a private blockchain can leak key metadata, which may undermine anonymity for all users.

Zcash uses the same consensus mechanism as Bitcoin. We’ve already seen that this PoW system is far from ideal once the network grows larger.

Monero updated their consensus algorithm in October 2019. This allowed them to reduce fees by 80% and speed up transactions to an average of 2 minutes.

However, one positive point for Zcash is that the developers are currently working on BOLT, a privacy-centric version of the Lightning Network. This will allow Zcash to scale for faster transactions.

With maximum privacy in mind, Monero remains the better choice. Both coins have interesting technologies, but the popularity of the Monero privacy coin puts it a step ahead.

Through different cryptographic technologies, privacy coins keep their financial history hidden. While regulations seem inevitable and could make their future uncertain, they remain the best way to maintain your privacy.

Whether it’s a well-established project like Monero or a promising newcomer like Beam, privacy coins still have a place in our portfolio. Just remember to do extensive research before making a purchase.