XRP has been increasing in popularity, amassing one of the largest fan bases around the globe. In this article, we give you 10 solid reasons for Investing in Ripple and their cryptocurrency, for future portfolio profits.

There are many reasons that make cryptocurrency an attractive investment option. The security of blockchain and the lack of reliance on banks following previous economic crashes are just a few.

However, with different cryptocurrencies rising and falling, year over year, how is the general public going to know which coin to invest in?

Luckily, the cryptocurrency era shows no signs of slowing down – in fact, 2019 has treated crypto very well, and there are signs of a slow but steady recovery. As such, before getting into hasty decisions, it’s worth spending some time doing research.

The first thing you may notice when you start to dig deeper is how few cryptos actually managed to gain a large following and claim the spotlight.

While the names Ethereum, Bitcoin and Tron may seem familiar, there are more than 4000 cryptos you have probably never heard off.

From these top ones, Ripple, the platform through which XRP is managed, is now one of the biggest players around.

In the crypto leadership race, XRP currently stands in third place after Bitcoin and Ethereum.

The practical nature of this currency and its steadfast position within the marketplace make it a very luring investment opportunity.

So what sets Ripple apart from the other available cryptocurrencies, and why should you consider investing in its coin?

Investing in Ripple (XRP) – What you need to know

This article will take you through the points that make XRP a worthwhile investment. By studying the points outlined below, you can make a calculated decision on whether on not XRP should be apart of your portfolio.

The impressive background of its co-founders offered superb credentials to Ripple before it even got off the ground. This, alongside its swift rise, attracted huge investment.

Ripple has only been around since 2012 and has reached a top spot in the crypto market. This alone is enough to influence many to invest before it climbs any further.

For banks to invest in cryptocurrency, there must first be considerable confidence in the permanency of the platform. As of the final financial quarter of 2019, Ripple has more than 200 banking partnerships worldwide. These include:

The large liquidity provided by cryptocurrency is highly attractive for finance–based organizations. After all, it’s vital for establishments of this kind to have a secure reserve of liquid currency at all times. This is why collaboration between banks and platforms such as Ripple is likely to increase still further.

Its Lack of Reliance on Mining

While Ripple is not created through mining, it does utilize a blockchain ledger system. This system sees any information regarding Ripple transactions recorded and shared publicly in real-time.

As a result of this system, transactions are recorded transparently and indelibly – so Ripple’s records remain secure and almost impossible to tamper with.

In place of mining, a limit of one hundred billion XRP units was put in place when the Ripple system was created. 99 billion units have already been generated – with just 55 billion distributed to users as of yet.

This approach was taken because crypto mining has a few drawbacks – including the speed with which transactions can be fulfilled. Because of Ripple’s non-reliance on mining, several benefits of this kind have been reaped. We’ll discuss this a little further later on.

Bitcoin’s meteoric rise took the world by storm, and now Ripple seems to be following a similar trajectory. The main difference between the two coins and one that gives the upper hand to Ripple is that Bitcoin acted as the experiment, forced to navigate uncharted territory.

Ripple is newer – so its creators have had the opportunity to predict problems and ensure a smoother ride. It’s also ironed out operational drawbacks such as high transaction costs and slow speeds.

One of the most reassuring elements of any new currency is the speed and quality of its public uptake. In January this year, the platform announced a 350% increase in customers sending live payments compared to the previous period. It is now operating in more than 40 countries.

Its Investors and Investments

As early as the year 2015-2016, companies such as Google and Apple were investing in Ripple heavily. In that period alone, the cryptocurrency pulled in $55 million in venture capital. Investors and venture capitalists who took part included:

The capital received was earmarked for the acceleration of customer growth, the pursuit of strategic partnerships and the growth of Ripple’s international team.

What’s more, Ripple is smart with its own investments. In order to perpetuate its already solid system, 2018 saw the platform’s creators announce “Xspring”. This is a form of financial backing available to companies who develop products and services that, in a way, benefit Ripple.

This type of forward-thinking will serve to afford the platform greater longevity. It will also utilize correctly, the funding that Ripple has already received.

Its Efficiency and Safety

XRP allows for the virtually instantaneous processing of transactions. As it stands, each transfer takes around four seconds to complete. This speed is astonishing when compared with Bitcoin, which to this day is still much slower.

But it’s not just about speed either. Ripple is also capable of processing 1500 transactions per second, as opposed to Bitcoin’s 7 and Ethereum’s 15.

The difference is down to the time required to mine Bitcoin – a process that Ripple’s currency does not require to function. Instead, the latter relies on a Unique Node List to automatically decide the validity of transactions. It only has to wait for an automated system to say “yes” or “no”.

The platform is far more stable in terms of the possibility of outages or failures too. Due to the Ripple network consisting of peer to peer transactions, any damaging system collapse is highly unlikely. This is because there’s no central authority that could potentially fail and take the rest of the network down with it.

Further security is provided by the tried and tested blockchain ledger system. Because transactional records are shared publicly and cannot be removed or changed, they are virtually tamper-proof.

Each Ripple transaction fee stands at an approximate cost of $0.004, despite the platform representing the third most valuable cryptocurrency. The reason behind this is the significant size of the currency’s circulating supply, which is greater than its main competitors, Bitcoin and Ethereum, the only two bigger non-fiat currencies globally.

As of the time of writing, the cost of a Bitcoin transaction stood at around $0.67. Ethereum charged approximately $0.14 on the 4th of the same month.

And remember, the full complement of Ripple’s units haven’t even been released yet – so the currency has even greater potential. This is just one reason why it’s advisable to get on board with Ripple sooner rather than later.

While Bitcoin was invented as an alternative to traditional “fiat” money, the Ripple network exists to bridge different fiat currencies. It makes financial transfers and transactions of all kinds – not just between crypto platforms – easier and cheaper across the globe. Also, because there is no rejection of fiat currency within its processes, Ripple’s reach may be considered broader.

Ripple’s web is being cast further and further each year, to establishments that are progressively more diverse. The platform is considered to be the only digital currency to be adopted by this number of mainstream financial institutions.

Currently, many banks are investing in Ripple and its long term potential as a partner to the country’s biggest banks.

Cryptocurrency regularly experiences peaks and dips when it comes to its market value. However, it’s important to follow these developments closely. This way, making money on these platforms can often be easier, quicker and less risky than, for example, the stock market.

In 2018, Investopedia investigated Ripple’s growth by calculating the current worth of a $100 investment made a year prior. Astonishingly, the value of that investment would have risen to $46,904.32 after just 12 months.

You can use sites like Paybis to buy XRP using many different payment methods. Plus, with its tiny transaction fees, there aren’t really any overheads to factor in when using the currency itself. This, in and of its own, is one more reason to consider investing in Ripple

The lasting strength of Ripple is highly reassuring. Mainly due to its minimal transaction fees and perceived stability, more and more financial establishments are using the currency. As a result, there will be assured investment in the platform for the foreseeable future.

Investing in a cryptocurrency can provide a form of relief in times of international financial uncertainty. For example, with every development of the UK’s upcoming departure from the EU, the pound falls or rises wildly. It’s predicted that a no-deal Brexit will result in all cryptocurrency investment in the UK hitting an all-time high.

Investing in any non–fiat currency provides a form of stability here, as values on each platform match across the globe. Though cryptocurrencies will continue to rise and fall against one another, this is rarely connected with each nation’s financial position.

A General Guide to the Cryptocurrency Market

There are a wide variety of options open to investors when it comes to cryptocurrency, some more obscure than others. We would advise to always take the following into account before buying in:

A few more in-depth factors you may wish to consider are:

When examining all the above points, it’s clear that Ripple’s XRP stands among the “highest–scoring” cryptocurrencies available. Of course, before making a decision, we would encourage you to undertake research of your own.

Once you are comfortable with the information available, proceed with caution. When you are ready to buy, be sure to make educated decisions with every step you take.

Remember, as with any form of cryptocurrency, playing the long game is often the best approach. Short term investments can often backfire, as rookie investors may panic and sell too soon. A drop in the market may be followed by a sudden peak – so always look for reasons behind a market movement.

To recap, these are the reasons for investing in Ripple cryptocurrency platform:

To stay on top of developments involving the Ripple cryptocurrency, we recommend keeping an eye on Ripple’s website. Their press center will keep you updated and help you decide whether investing in Ripple is in your best interest or not.

Ruban Selvanayagam is co-founder of Property Solvers. He has a strong interest in the crypto space and how blockchain technology can be deployed in the global real estate market and facilitate what remains an incredibly lackluster transaction process. 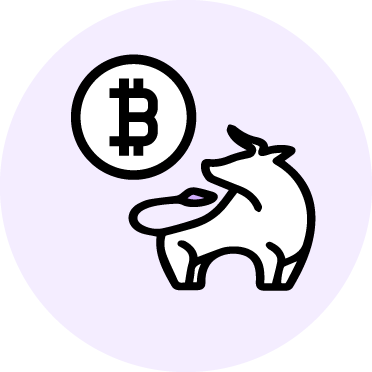 Wall Street is Coming for Crypto – The Good, the Bad, and the Ugly

Over the past few months we have witnessed a rapid growth in the popularity of Bitcoin among institutional investors. Public… 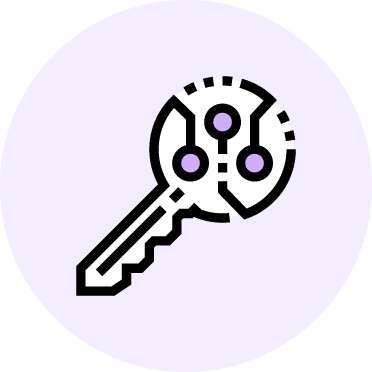 Cyber crime grows faster than the methods used to prevent it. In the last decade alone, we saw the biggest… 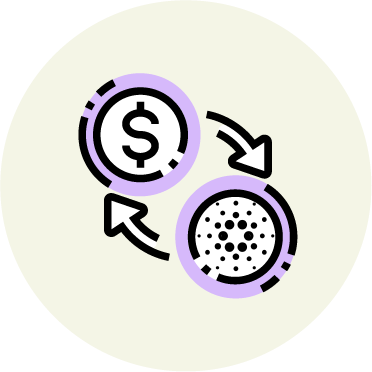 Cardano Price Prediction – Where are we headed in 2021?

With bitcoin breaking past its ATH, many traders are now patiently waiting for the money to eventually flow through into… 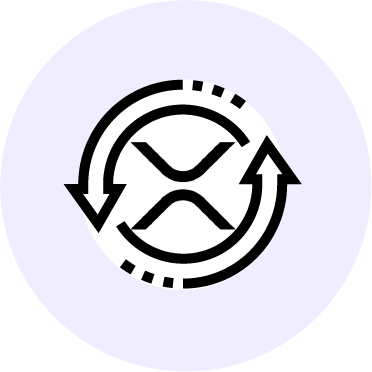 For many investors, XRP has been relatively quiet over the past two years. The cryptocurrency didn’t make any significant headlines…