Who is Satoshi Nakamoto?

Satoshi Nakamoto. The name resonates with mystery. Who is this personality that gave us the revolutionary whitepaper and open source code for the original cryptocurrency?

He created a finite supply of Bitcoin, divided it up among the blockchain community, released his whitepaper, and then disappeared.

Since the conception of Bitcoin and it’s first mined block in January 2009, the mystery remains unsolved.

The distributed ledger system is such a revolutionary concept, and yet, the creator seems to want to remain anonymous. Numerous individuals have come forward claiming they are the creators of Bitcoin, but none of them have been able to provide any proof that has been anything more than circumstantial.

We know that the open source code for Bitcoin originated from the moniker Satoshi Nakamoto. But we are also pretty certain that Satoshi wasn’t the only person (or team) working on the distribution and release of Bitcoin.

The community and media are baffling their heads around, trying to find the real Satoshi now that Bitcoin has become so popular. The efforts, however, did not give any hard results that we can use to identify the real creator.

The proof could be very simple; just move some of the first mined Bitcoin from one wallet to another. No one has been able to do this yet, and Satoshi’s BTC remains dormant in his cold wallet to this day.

So, who is Satoshi Nakamoto?

The creator of Bitcoin could be anyone. However, there are many possible suspects that fit the list better than others. Here are our best guesses, including some of their background. 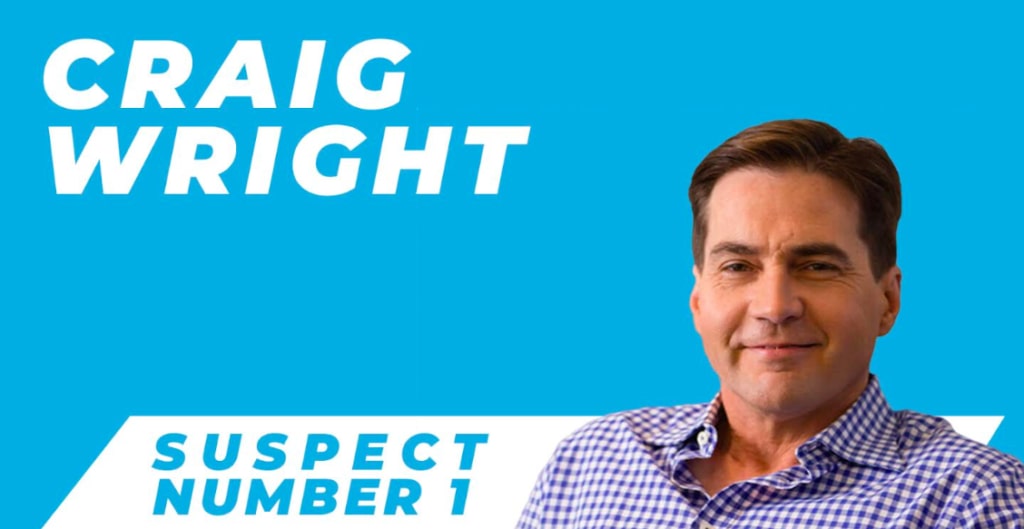 We’ll start the list with Craig Steven Wright, a 49-year-old Australian computer scientist, and businessman. He’s certainly been the most vocal of the contenders as he never misses an opportunity to proclaim himself the creator of Bitcoin.

In 2015, a parallel investigation from Wired magazine and Gizmodo surfaced. Apparently, Craig was very savvy about early Bitcoin technology during that time.

Wired published an article in 2015 arguing that Wright was indeed Bitcoin’s pseudonymous inventor, following the discovery of leaked emails. Later, Wright would himself try to provide some proof about his claim, but the evidence appeared to be fraudulent.

Wright has since tried numerous times to put himself under the spotlight and the only contender at the “Bitcoin creator” title.

His latest stunt involves registering the Bitcoin whitepaper and the code for Bitcoin 0.1 within the US copyright office.

A Craig Wright spokesman told the Financial Times that “US Copyright Office is the first government agency recognition of Craig Wright as Satoshi Nakamoto, the creator of Bitcoin”.

But the agency later issued a press release clarifying that this was not the case, and that “the Copyright Office does not investigate whether there is a provable connection between the claimant and the author.”

A few key problems remain. There’s the lawsuit from the estate of David Kleiman (our second suspect in this article) claiming that Wright defrauded Kleiman of 5 billion USD in Bitcoin value at the time of the claim.

Another major controversy is the Bitcoin Cash fork in November 2018, where cryptocurrency became more political than ever.

Add all of this that even Vitalik Buterin, the creator of Ethereum calls Craig Wright a fraud and you have a mixed bag of self-proclaimed evidence that is hard to take seriously.

Wright has lost most of his credibility throughout the years and only a handful of rabid supporters still believe his claims that have been refuted time and time again. 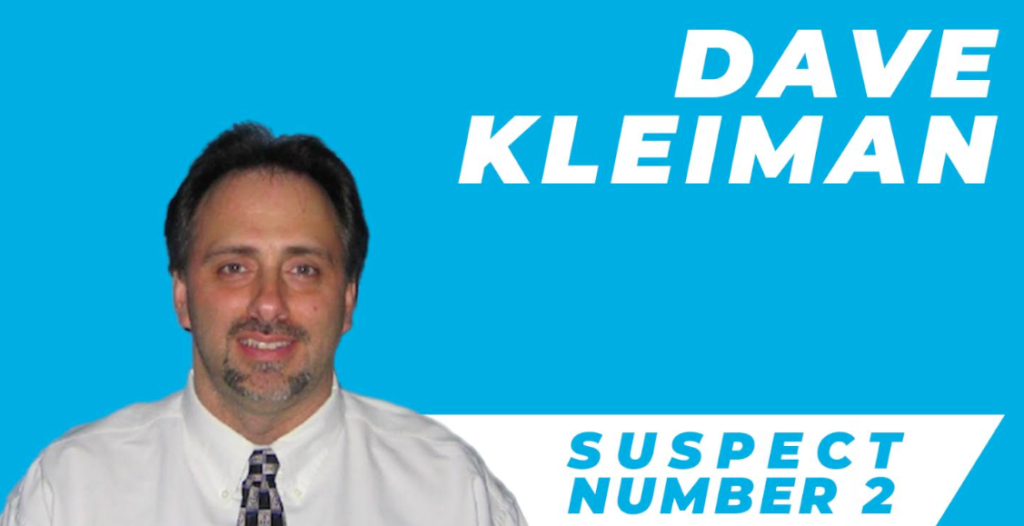 Our second candidate is Dave Kleiman, a paraplegic army veteran and computer wizard. He appeared in the 2015 Gizmodo investigation as one of the possible creators of Bitcoin. Kleiman passed away in 2013, leaving a lot of questions unanswered.

Kleiman was born in 1967 and, at age 21, received an award for U.S. Army Soldier of the year. The army vet passionately worked on computer-related subjects after a motorcycle accident in 1995 left him paralyzed.

His involvement with Bitcoin started in 2008 before the cryptocurrency was popular. Kleiman also appears to be among the first Bitcoin miners. Craig Wright himself that pointed him as one of the Bitcoin founders.

In an article published by the Economist, Wright was confronted with the fact that his English and writing does not correspond with the Bitcoin whitepaper.

His response was cryptic as always: “Although I’m the principal author of the white paper, I’ve had extensive help from my friend Dave Kleiman, an American computer-forensics expert who died in 2013.”

In February 2018, Dave Kleiman’s brother Ira started a lawsuit in Florida on behalf of the Kleiman estate against Wright over the rights to between 550,000 and 1,100,000 bitcoins (current value between 6 and 12 billion dollars), claiming Wright defrauded the estate of bitcoins and intellectual property rights.

David’s untimely death in 2013 also coincides with Satoshi’s disappearance from the Bitcointalk forums. Still, as Wright is trying to provide substantial evidence, it is difficult for us to form an opinion on these allegations. 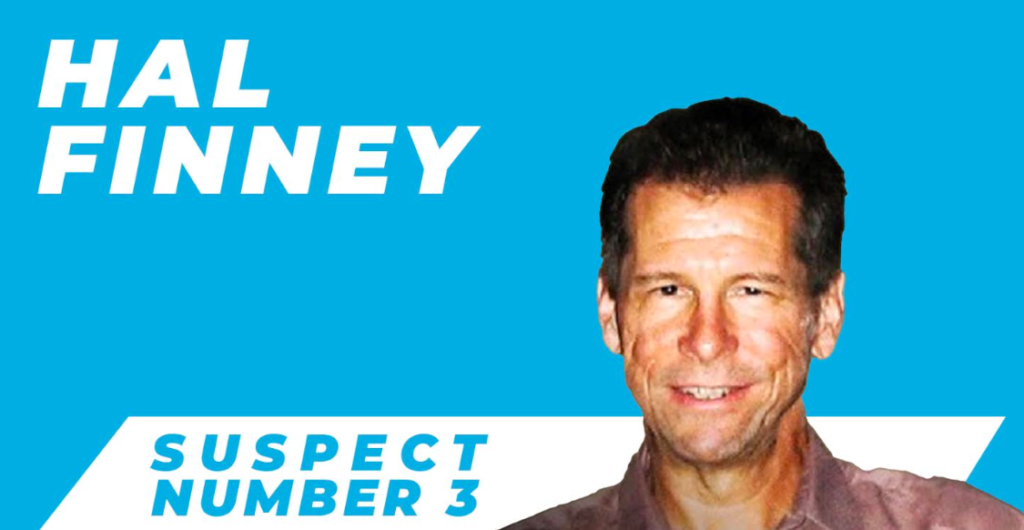 The third one on the list is none other than Hal Finney. He came to fame as the first person to receive a Bitcoin transaction from the creator, Satoshi Nakamoto.

Finney was born in 1956 and graduated engineering in 1979. He was an early cypherpunk, a cryptography activist, advocating the wide use of privacy-enhancing technologies.

A now legendary list of emails between Finney and Satoshi shows that Satoshi was the main developer and Finney merely the tester of the first versions.

But a lot of people say that Finney faked the emails in order to cover his tracks and avoid any Satoshi claims. Part of the speculation about Hal Finney being Satoshi Nakamoto was due to the fact that Dorian Satoshi Nakamoto (our 4th suspect) lived in the same town as him for ten years.

Could have Finney just picked up a phone book and chose Satoshi randomly as the fake creator? At the time, those involved in creating Bitcoin were worried that they would be arrested for creating an infrastructure that could be a threat to the US Dollar.

He was one of the Bitcoin pioneers, tweeting about anonymity and reducing CO2 emissions from Bitcoin adoption in 2009, years before anyone even thought about these problems or how to solve them.

Finney denied that he was Nakamoto until his death in 2014. 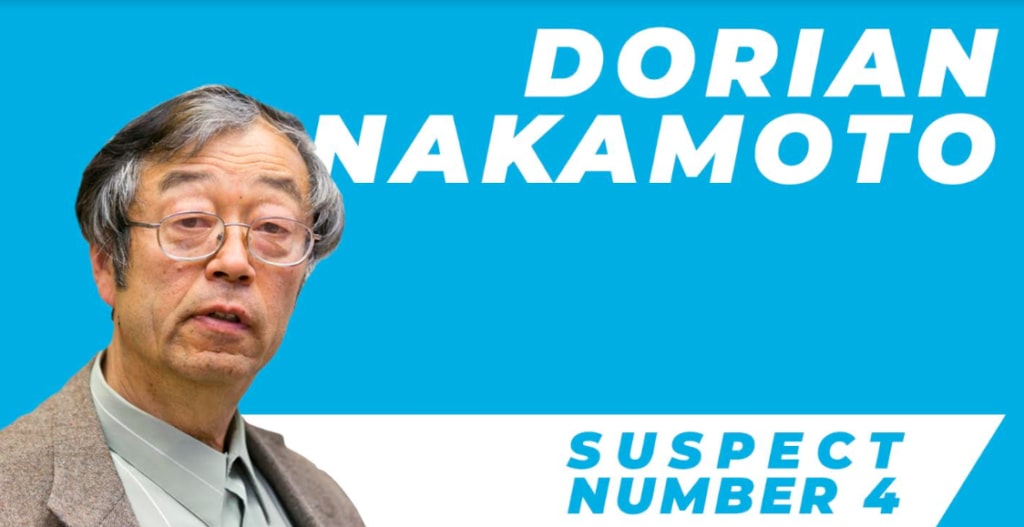 Our fourth entry might have been our last one. He had a lot going for him. A humble engineer bearing the same name, disillusioned by corporate business and unaware of any cryptic revolutions.

Or at least that was what Newsweek thought in 2014 when they revived their print edition and outed Dorian Nakamoto as the real Satoshi in a high profile article.

Other than his name, they claimed that the now 69-year-old physicist confirmed his identity. “I am no longer involved in that and I cannot discuss it.” was his response.

Other people are working on it now. They are in charge of it now. I no longer have any connection.”

The article publication led to a spike in media interest and even an unlikely car chase with paparazzi.

Dorian later claimed that Newsweek misinterpreted his words, taking them out of the contest. He even said that he’d never heard of the cryptocurrency before.

He said that the backlash from the media attention ruined his peaceful family life. The Newsweek article has made a lot of people believe that he’s the creator of Bitcoin and that general opinion still haunts his daily life. 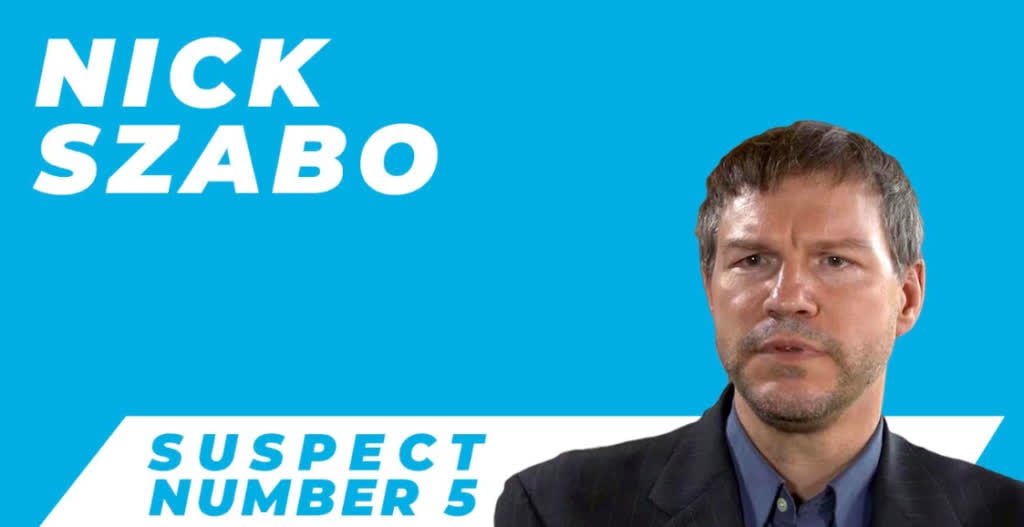 In the 5th place, Szabo is a great contender for the title. He is a 55-year-old computer scientist, a decentralized currency enthusiast, and a cryptographer best known for his research in digital contracts.

He was the first one to propose and pen the term “smart contracts” in 1994 and invented the precursor to Bitcoin in 1998 called “bit gold”, ten years before the release of the most popular cryptocurrency. Very similar to the Bitcoin concept, a participant would dedicate computer power to solving cryptographic puzzles. Then, each solution would become a part of the next challenge, creating a growing chain of property.

Many sources have gone through and beyond, trying to prove that Szabo is indeed Satoshi. Given his knowledge and previous work, a lot of circumstantial evidence has come forward, but no direct proof.

Szabo himself has denied on numerous occasions that he created Bitcoin and he has stated that people have misinterpreted his implication in the creation of the first cryptocurrency. 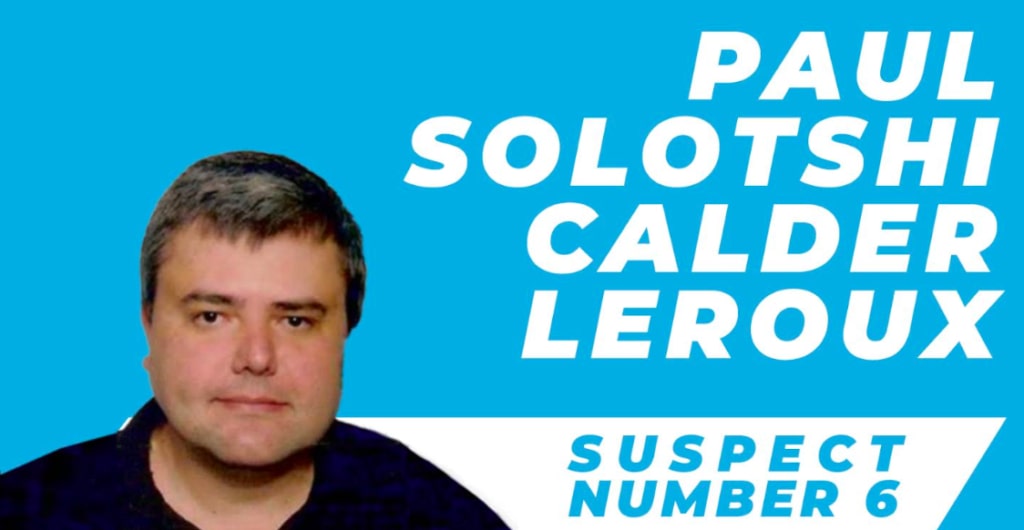 Last but not least, we have Paul Le Roux. We have to add him to the list for drama purposes, as he has quite a story. Born in 1972, this man’s life reads like a Scarface script, but with a technology twist.

Unfortunately for the victims involved, cybercrime, murder, and drug trafficking were part of his daily life.

A programming genius, he develops an encryption software in 1998 called E4M (Encryption for the masses). It’s function? Disk encryption!

In 2004, he is the primary suspect in the release of TrueCrypt. This open-source freeware was based on the E4M code and used for on-the-fly encryption.

He was then involved with various companies, one of them being RX Limited that grew rapidly over the years, selling many popular drugs online.  His empire grew, as did his illegal activities, extending on four continents.

Until recently, there weren’t any real connections of Le Roux with the rest of the suspects. He suddenly came under the spotlight because of the Kleiman vs Wright lawsuit.

Might this cryptographic criminal mastermind be the real Satoshi? In 2012 he was placed in custody which, surprisingly coincided with Satoshi’s radio silence. On the other hand, Le Roux was already an established crime lord by the time Bitcoin was released to the masses.

Why would a man like this release a digital monetary system other than to inflate his ego? To be honest, running a cartel and working on Bitcoin at the same time seems highly unlikely.

This non-exclusive list of possible Bitcoin creators has only become bigger as time goes by.

Some have denied the position, and even if they were Satoshi, they are unlikely to come forward with facts. The community has had enough time to form an opinion, and, by now, we are facing a dead end.

Others are long gone (Finney, Kleiman). And, without their personal say in the matter, we would just be extrapolating old data to form an opinion.

People who claim the title (Wright) are yet to provide proof with substantial, factual backing.

But, do we, as a community, really need to know who is behind our beloved Bitcoin? Do we really care if its a “dude living in his grandma’s basement” or some large-scale corporation?

In less than 10 years’ time, cryptocurrencies and Bitcoin have become larger than anyone expected. It’s come a long way since the first transaction in 2009 to Hal Finney’s wallet. Now, there are millions of transactions every minute on all blockchains combined. This leads to billions of dollars changing hands on a daily basis, simply through the power of cryptocurrency.

The real name of the creator might be an interesting fact, but Satoshi now has a legacy that is here to stay. Crypto is the future.