The sudden increase of Ethereum’s price over the past few weeks has been surprising for many investors. While Bitcoin maximalists seem to willfully close their eyes to what may be the best investment opportunity of the year, traders are already taking positions.

Much of the bullish sentiment comes from the much-expected London fork, which is also known as EIP1559. Some of it also comes from ETH 2.0 (transition from PoW to PoS), another upgrade that is being rolled out. With Ethereum’s price is still at 50% of its prior Bitcoin pair ATH, many are now getting excited about the coin’s future potential.

So how will EIP1559 affect the coin’s value? Is there a chance we’ll see the second most popular cryptocurrency flip Bitcoin’s market cap and claim the first position? This is exactly what we will delve into, after giving a brief overview of the upgrade itself.

What is EIP1559 and what can we expect from it?

EIP 1559 is an upgrade to the Ethereum network targeting the issue of increased fees. This is done by implementing the following changes:

Essentially, Ethereum will turn into a deflationary currency while leveling out the volatility of fees and transaction times.

Ethereum becomes cheap to use

The EIP-1559 upgrade will resolve the congestion issues in the Ethereum network, which are currently making the price of entry for new market participants extremely high. Fees will be reduced and become more predictable while transactions will be confirmed a lot faster.

This is done through a block target size mechanism which adjusts the fees to the lower side when a block is less than 50% filled while increasing them when higher than 50%.

One of the most bullish features of the EIP1559 is the effect it has on Ethereum’s supply. What happens is that every transaction requires a small transaction fee known as Base Fee. This amount is then burned and removed from circulation. Since the fee is paid in Ethereum, there will be a higher burn rate the more people choose to use the network. This in turn introduces a deflationary mechanism for ETH, as more coins are removed from circulation compared to the ones entering. The success of the deflation rates will highly depend on the number of users participating in the network (number of transactions) which means it will be subject to volatility.

So let’s briefly put this into perspective. If the rate of new Ethereum users grows rapidly and the consensus mechanism is changing to PoS, rewarding users that hold onto their ETH, the staking returns would be much higher than the 4%-10% initially believed. At current rates, some theorize that returns could be as high as 50%-60% APY.

How will EIP1559 affect Bitcoin? 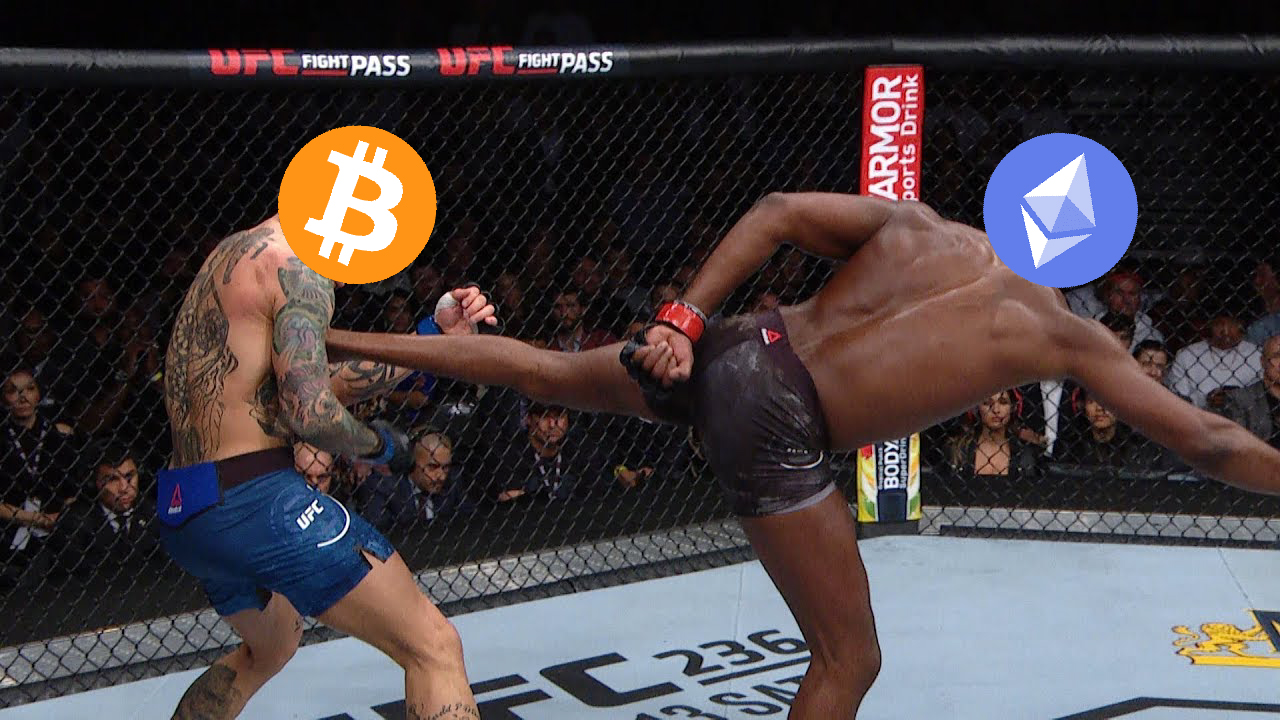 You are probably becoming aware of the bullish sentiment that EIP1559 brings to Ethereum. But that does not necessarily mean it is good for the whole of the crypto market. More specifically, the upgrade could hurt Bitcoin.

More specifically, it could threaten Bitcoin’s two most important features:

After Ethereum becomes deflationary, it could become the superior “low inflation” asset, which in turn leads to an increase in market cap and popularity. We’ll circle back to this later when discussing the possibility of a “flippening”.

The switch to PoS through ETH 2.0 has made many miners uncomfortable. Currently, Ethereum miners earn rewards from the network through 3 things:

It will be interesting to determine what role MEV (Miner Extracted Value) will play after the merge. If the validators are able to extract MEV, they will be able to compound their staking interest and earn more yield compared to their competition. To this moment, news seems to be positive:

Eth 2.0 validators stand to earn 1.93 ETH per year, or 70.9% more than what they are currently earning from network rewards alone, with the addition of MEV income, says @ObadiaAlex, researcher for Flashbots.
By @christine_dkim https://t.co/YlUFRLK2LG

That said, the upcoming upgrade makes the majority of Ethereum miners unhappy and in search of a solution.

This is where an interesting theory comes up, and gathers interest across the trading scene. According to established traders, we may experience a level of miner frustration similar to August 2017, when Bitcoin was forked into Bitcoin Cash.

While for different reasons this time around, it is very likely that Ethereum will undergo a hard fork. If this happens, all Ethereum holders will be rewarded with a version of the ETH that goes in accord with miners’ interests. This bullish and highly likely event further increases the investment thesis for ETH.

A network effect is one of the main pillars of behavioral economics and describes the ability of a network to grow in size based on its popularity and applications.

Based on that, we have already seen Bitcoin’s network effect over the past decade. Exponential growth unlike any other market with one use case – being a great store of value (with a potential of value appreciation).

But how would the same filter apply to ETH? Ethereum’s technology is very interesting albeit being different from Bitcoin and still facing many issues. However, it is important to recognize that Ethereum is the foundation of the internet of value. In other words, everything that can be exchanged for value and is not yet digital will eventually become digital. And Ethereum will give power to this whole movement. We already see the results of increased network growth in the popularity of DeFi, NFTs, and a strong preference for decentralized exchanges.

Another thing that leads a more tech-oriented crowd towards Ethereum instead of Bitcoin is its rapid and continuous change, which happens through upgrades to the network. Traditional investors with more experience in the stock markets often have a tendency to invest in companies that are actively trying to improve based upon user feedback, and this is another reason why Bitcoin is less attractive than Ethereum. In the end, similar to the exponential growth of tech startups, those who benefit most are not the users of the network, but the early investors and shareholders.

At the time of this writing, the ETH/BTC chart is at 0,077. Its value has more than tripled since January and it seems there’s still a long way to go.

At this point, it seems inevitable that Ethereum surpasses Bitcoin, taking its place as the best cryptocurrency by market cap. There are simply too many factors that are only now starting to get priced in:

Experienced traders, like CryptoCobain believe that the “flippening” will eventually happen, but will be short-lived if it happens too fast. In this case, if it happens within a year, we may see a sharper decline in ETH after the peak is reached, bringing the coin back to second place. Similar to the previous bull market, we can expect to see the peak of ETH occur shortly before or after Bitcoin’s peak, as crypto enters into a new bear market.

CryptoCobain also mentioned on a recent podcast of UncommonCore that it is more important to track the price appreciation of Ether from bottom to bottom, compared with peak to peak. If the prior is much higher in this cycle compared to the previous, the market will get confirmation as to Ethereum’s potential to act as a reliable store of value. While this is good news for ETH holders, it can hurt the reputation of Bitcoin, since storing value is its single most important use case. Su Zhu mentioned in the same podcast that it would be detrimental for Bitcoin to see Ethereum perform better in terms.

Crypto grows in bubbles, Tracking the peak price is less important than tracking the bottom as compared with its previous bottom. If that is significantly higher than the previous bull market we are going in the right direction. Note that if this happens, it would mean that Ethereum can act as a reliable store of value and would thus hurt Bitcoin in the form that it is its only use case. Su Zhu, founder of Three Arrows Capital doubles down on this by mentioning that Bitcoin would have a difficult time if Ethereum is proven to be a more liquid cryptocurrency and better for value storage (in terms of % growth).

The other scenario is one where Bitcoin maintains its status in the bear market as the best store of value due to a larger drop in Ethereum’s value. Experienced trader Tetranode believes this could be the case, as he expects up to an 80% drop in Ethereum’s value in the next bear market, before, as he says, Ethereum heads for the 6-figure pricepoint. You can see his opinions on Ethereum and the much speculated hard fork in the following podcast:

Naturally, one of the most important things to track is the growth of the Ethereum network as compared to that of Bitcoin. This does not only entail the ETH/BTC chart but many metrics that indicate the overall market sentiment.

The best source to track all these metrics from one place is Blockchain Center, which has a dedicated page known as The Flippening Index. Make sure you check this one regularly if you’re invested in Ethereum.

What can we expect in the next few months? 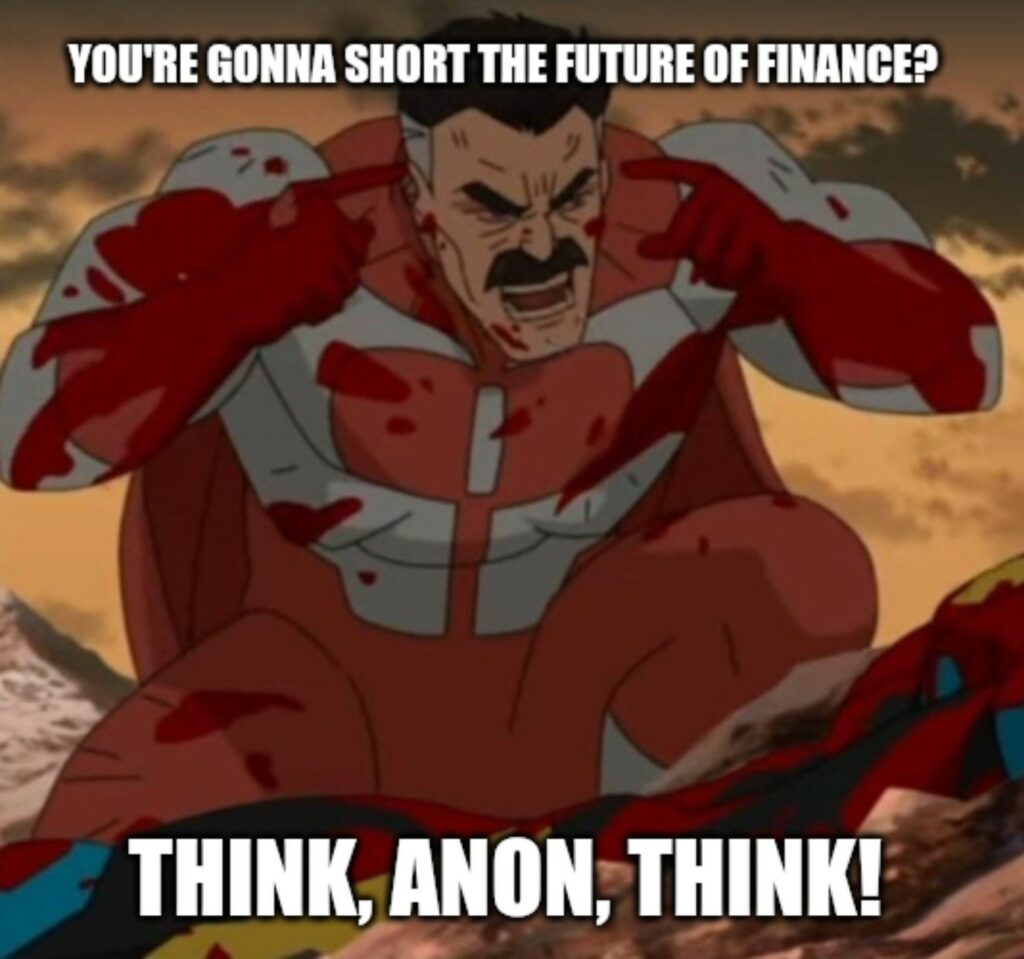 While all eyes are focused on the performance of Ethereum ahead of its upgrade, it’s good to remember that the event will trigger a ripple effect across different markets. These are all markets related to the Ethereum blockchain, all of which are somehow related to DeFi.

The assumption we support is that we see a second “DeFi summer” trigger right after the EIP1559 upgrade is completed. This is a short period of time in which we are expected to see a surge in retail and institutional interest for DeFi protocols as well as NFTs.

If you were around in the latest “DeFi summer”, you may remember how DeFi protocols and oracle networks experienced a large spike in price over a short period of time. It is very likely that we will once again witness such price action.

When looking more long-term, we can see that Ethereum is nothing like it was in 2017, both from a perspective of user participation and use cases. It is reaching a level of maturity and sustainability that a lot of institutions have been waiting for before making the final leap and adding it to their balance sheet. It will be interesting to watch how things unfold in the ever-changing market environment.