If you ever wanted the Bitcoin whitepaper explained in layman’s terms, you are in the right place.

The goal of this post is to educate you about Bitcoin and the vision behind it. To do this, I will go through all the aspects covered in the whitepaper written by its creator, Satoshi Nakamoto.

Moreover, we will break down some of the complicated terminologies and explain it in a simple manner. This way, even without any technical knowledge, you should be able to understand Bitcoin’s importance in today’s financial world.

So, let’s begin with the basics.

In this section, I will first analyze the introduction of the whitepaper, as it will help you understand the idea behind the original cryptocurrency.

In 2008, when the paper was published, Satoshi realized the impact of the rise of internet commerce on the global economy. But he also understood out that all these transactions had to go through a trusted third party – in this case, banks or centralized payment systems.

A problem was born. You see, up to this point, trust was an essential part of digital transactions. We need trust to avoid transaction reversals and minimized fraud. Furthermore, to build trust, merchants and banks require even more personal information from customers.

To combat this issue, Satoshi introduced Bitcoin as the first digital representation of value. No participant is able to copy, double-spend coins, or reverse transactions. People would be able to send this digital currency directly to one another, without the use of a middleman.

And instead of relying on trust, Bitcoin relies on computer calculations to make digital transactions safe and peer to peer reliant.

Finally, to secure the network, Satoshi developed an incentivized system, to keep the network safe. Through proof-of-work, users that confirm transactions on the Bitcoin network get rewarded with a small amount of BTC.

Today, not only is Bitcoin a viable digital currency but, in the progress, it also increased significantly in value. Due to that, it became the ultimate digital asset for storing value.

But to understand why this came to be, let’s carry on and try to have the main aspects of the Bitcoin whitepaper explained. 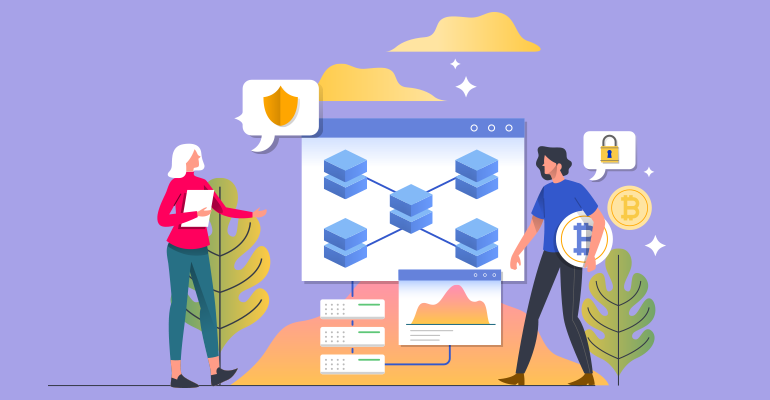 Before we get into the methodology and technicalities of Bitcoin, let’s briefly run over how Bitcoin works.

So what are some of the features that make BTC so unique?

This sums up the main features of Bitcoin and how it is supposed to act as a currency and a store of value.

But you are probably still wondering how all this works. Who secures the network and what makes it such a great alternative to traditional financial payments?

To understand this, we need another important part of the Bitcoin whitepaper explained: the proof-of-work concept.

In the whitepaper, PoW is an essential part of the Bitcoin network. It allows for the system to stop relying on trust or single parties for verifying transactions. Instead, all of the participating actors in the Blockchain can verify the public ledger and make sure the transactions are legit.

The PoW consensus requires computers to solve mathematical problems (or “hash”) in order to discover the next block of transactions. As the consensus mechanism solves these problems, new blocks attach to a chronologically oriented chain (hence the name Blockchain).

Additionally, PoW is how the Bitcoin network is secured from hackers. If a malicious user wants to alter the state of the chain, they have to redo all the problems following the block they want to change. Catching up to the honest computers working on the current hash would be highly unlikely, if not impossible.

Finally, the whitepaper states that PoW provides all participants with equal rights in moments of decision makings. While this is not necessarily the case at the moment, due to the development of mining pools, it certainly speaks for Nakamoto’s democratic approach to the concept.

But the question still remains: Why would anyone want to compete for the block discovery and use electricity to participate in the network? What’s the catch?

To be able to answer these questions, we need to take a look at the transactions on the Bitcoin network, their importance, and how they are verified. 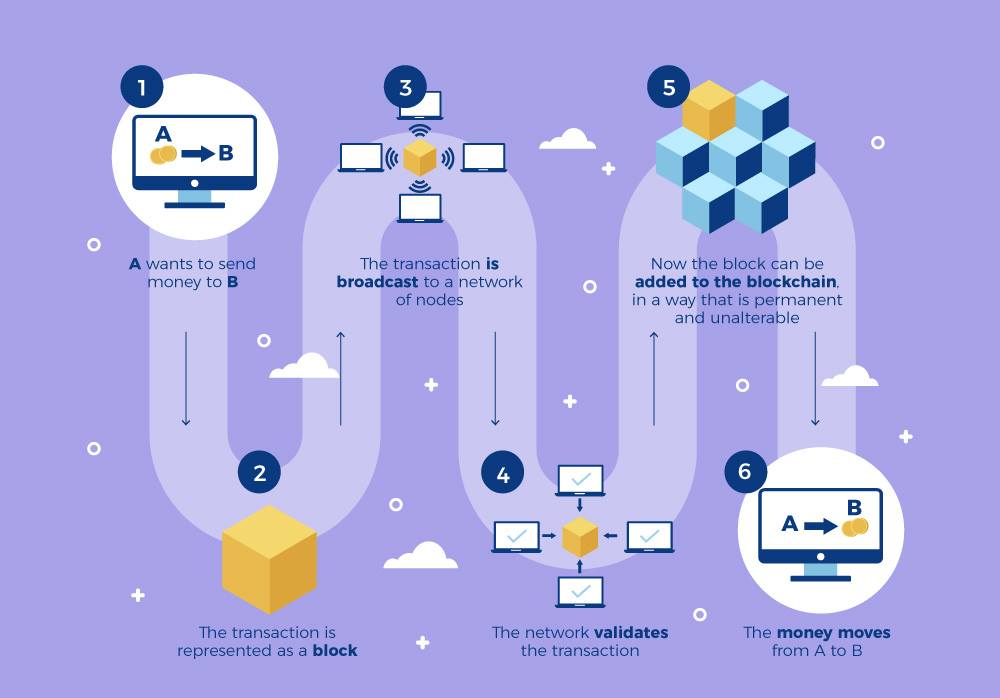 But there’s one important detail. The first transaction in each block contains new Bitcoins.

When the problem is solved and a new block is created, the computer (or node) that solved it receives a reward of newly created Bitcoins for their effort.

To add more incentive to verify transactions, miners also receive fees from each transaction contained in one block.

Furthermore, the mining difficulty rises and falls to keep the average time between new blocks at around 10 minutes. This way it ensures miners receive their rewards in a timely manner.

One final answer to a possible problem is the simplified payment verification. Instead of checking the entirety of the chain, a node can check the block where the transaction of interest is.

Now that we have some of the main features of the Bitcoin whitepaper explained, let’s see how it handles the privacy of users of the network. 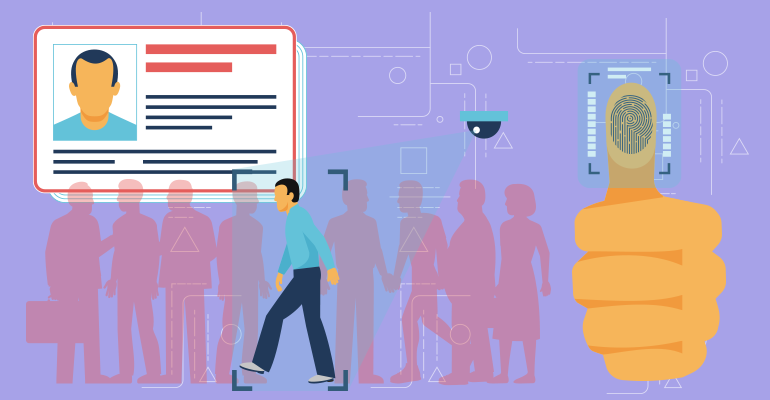 One of the main gripes Satoshi has with traditional financial systems is the invasion of privacy. As trusted third parties involved in transactions, banks request personal information from the participants in financial transfers.

The only way banks keep your information safe is by limiting access to it and keeping transactions private in their system. However, this data is in danger of compromisation, from illicit hacking activities.

With Bitcoin, all transactions happen in a transparent manner. However, the identities of the transacting parties remain hidden. Everyone can see the amount of Bitcoin in a transaction, and the Bitcoin wallet of both parties.

And while the transaction is public, the public addresses that indicate the sender and receiver remain anonymous. So, sending Bitcoin is like writing an article under a pseudonym.

To increase anonymity, the whitepaper states that users should use different addresses every time they need to make a transaction. Unfortunately, this is not practical or realistic in the long run, especially for daily transfers.

All in all, while achieving complete anonymity with Bitcoin might be impossible, transactions remain pseudo-anonymous instead.

More on the Bitcoin network

Having already gone through most of this summary, here are some less-obvious points that you should also keep in mind:

How the network functions

Here’s a quick summary of how the network actually works.

The Bitcoin network uses asymmetric encryption to locate and access coins on the Blockchain. This is a cryptographic method that uses 2 different keys:

Remember how the whitepaper states there’s a finite quantity of Bitcoin that can ever be mined? Well, this feature makes Bitcoin inflation-free, by definition.

New coins cannot be created after the limit has been reached. Furthermore, roughly every 4 years, the rewards from a newly created block are cut by half which decreases the number of new coins coming in circulation.

Both these features have shown that, unlike traditional currencies, Bitcoin’s buying power has increased through the years, making it a great store of value.

However, therein lies a little, temporary problem. Satoshi primarily wanted people to use Bitcoin for their daily online purchases. Instead, more and more people are buying Bitcoin as a long-term investment.

When the Bitcoin whitepaper was written, the proof-of-work mechanism seemed like a great idea. Taking into account the number of transactions was too far ahead for realistic calculations.

But as Bitcoin grew more and more popular, the number of transactions grew astronomically. With the network saturated, miners couldn’t keep up. This resulted in slow confirmations, and Bitcoin became simply too impractical for everyday use.

This reinforced the fact for people to use Bitcoin more as an investment than an alternative currency to traditional money.

Bitcoin is the first and original cryptocurrency. To this day, it has the most users and the highest value of all coins on the market.

This high popularity means that computing power spreads out to millions of different users, making it the most secure cryptocurrency network. Why?

Well, as we stated earlier, for someone to be able to maliciously alter the public Blockchain, they would have to own more than half of the computing power of the entire network. In Bitcoin’s case, this simply isn’t possible, given the sheer number of different miners involved.

The whitepaper states that it would be easier and much lighter to group transactions.

In other words, it would be much more efficient to combine the value of 5 Bitcoins in a single transaction instead of creating 5 separate transactions for each Bitcoin. This is, of course, if one sends the coins to the same recipient.

That covers the main points of the whitepaper. I hope that once laid out like that and having the Bitcoin whitepaper explained, everything was a lot easier to understand.

It’s not that complicated after all!

Some key points to remember from the whitepaper are that Bitcoin is a:

Satoshi Nakamoto started a small revolution in the financial world when he introduced the Bitcoin whitepaper in 2008. While the original cryptocurrency has its flaws, it remains the most popular and valuable.

Furthermore, the whitepaper paved the way for others to build upon its technology. As a result, people tried to create better forms of Bitcoin. Alternative cryptocurrencies emerged, with different consensus mechanisms (PoS), faster transactions, more privacy, or incredibly useful features like smart contracts.

All in all, Bitcoin’s value has been steadily increasing, especially when observed in the long term. Its deflationary nature and revolutionary technology have made it the best performing asset in the last decade (+10.000% ROI). Who knows what new heights Bitcoin will reach in the following years.